It's that time again! I've got a release scheduled for June 30th and I also have a new cover to show you! 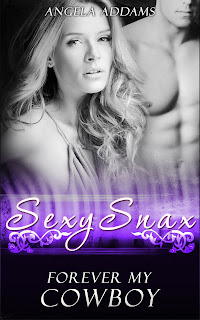 Forever My Cowboy is a rewrite of one of my previously published short stories that some of you may recall, Going the Distance. In the time since it went out of "print" I have used some of the reviewer feedback I got and revamped the story.

You can preorder your copy here:


A newly revised and re-edited version!
She has always loved her cowboy, but, to keep him, she’ll have to show the world her heart.
Colton and Steph have been a thing since high school. Colton, a cowboy who stubbornly tends to his family’s horse ranch, likes a simple life. Steph, now a famous Hollywood star, likes things with a little more flash and bang. The two of them couldn’t be any more different and yet, when they come together, it’s an explosion of lust that rivals the intensity of a flame to gasoline.

Steph gets away as often as she can, visiting Colton between movies she’s working on, and Colton is always there waiting for her. She has put her career ahead of everything, and in an effort to keep Colton a secret and ensuring his privacy is not disturbed, she also lets the media have control over her love life, allowing whatever gossip they dream up to run unchecked, except where he’s concerned. But when the media finds her visiting Colton’s ranch, she lies about how much he means to her in an effort to protect his anonymity.

It’s a lie that could destroy her life completely because it’s one that Colton believes. And the next time she goes to see him, he’s not there to greet her. Steph finds herself in a race not just to find him but to show him how much he means to her and what she’s willing to do to prove it. 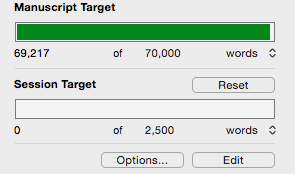