Ready for this year to END!

What can I say, 2017 has been a year of many ups and downs. While I won't dwell on the negative, it has felt like I've been trekking uphill, in a blizzard, with no clothes on.

My motto for life tends to revolve around the following: When shitty things happen, we don't just lay down and die....we get back up, battered and beaten perhaps, but we get back up. I've had to do that a few times this year...and I'm tired...really tired, but I'm still standing.

And I've been working hard on things to come.

So 2017 is almost over and I'm ready for it to close...but not before I reflect on some awesome things that happened this year.

The year started with my beloved publisher closing...which I thought was the end of my world for a few heartbeats....and then my entire backlist was picked up by Entangled Publishing which has always been a bucket list publisher for me.

I got to do a book signing in Salem (one of my favorite places on the planet)!!! 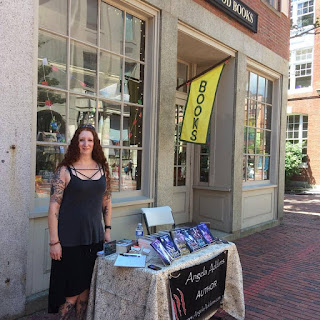 And I got to do a book signing with one of my all-time favorite authors, Kelley Armstrong! 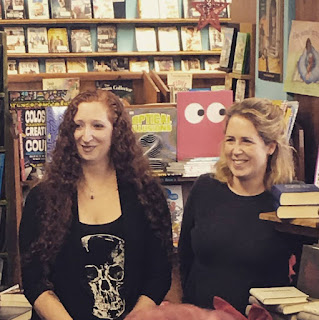 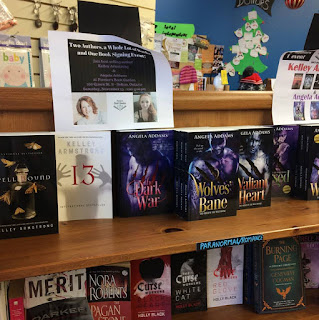 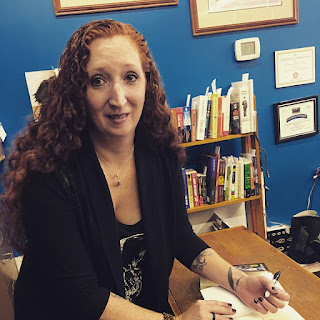 And I managed to write three new books this year! (As well as a bunch of proposals and a crapton of editing.)

While I'm still going to be dealing with some lingering health issues and a full time job, I am also planning on getting some new books out.

I have a dark thriller that will soon be released (March-ish).

I have written the sequel to The Dark War (title under review) and there is some news about that coming soon.

I have a new paranormal romance series starting featuring witches as healers.

And a few other secret projects that I will announce in due time.

Busy year ahead with lots of exciting things to come.

Happy holidays, everyone, and I wish you all a Happy New Year!