New Series and a New Cover!


Since things are happening quicker than I expected, I've got some cover art eye candy for you folks to see! 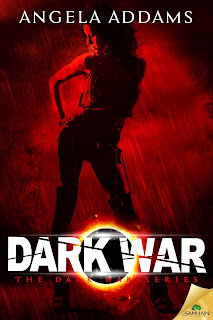 As the darkness rises, magic is their only defense—if it doesn’t end the world.

Witch. Hunter. Traitor. Kali Richards’s solitary life’s work is to hunt the evildoers of her own kind and bring them to justice. She’s poised to catch her latest bounty when she realizes her quarry is a witch-vampire hybrid with a taste for blood—Kali’s blood.

She’s lost quite a lot of it when Wyatt, the ex who still owns the pieces of her shattered heart, comes to her rescue. Eight years apart hasn’t cooled her anger over their breakup. Neither has it cooled the desire still steaming between them.

As Wyatt heals her wounds, he brings disturbing news: Kali’s mother has awakened from a years-long coma with a prophecy on her lips. A Dark War is coming that will pit supernatural against human. Kali is the key to stopping it.

Except Kali isn’t what you’d call adept at spellcasting. Like it or not, she needs a lot of help. From Wyatt, and from the organization that she turned her back on once before—the Witch Hunter’s Union. Even with an army at her back, she’s in for one hell of a ride…

Warning: May contain a stubborn little kick-ass witch, a wickedly sexy ex-boyfriend and a whole lot of hybrid trouble.
Posted by Angela Addams