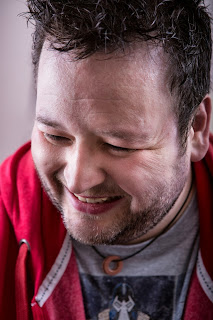 I'd like to welcome author, Steve McHugh to my blog!  He's out and about promoting his re-released Hellequin novels...check the links below for further details!

So, you’ve written your first ever book. Go you; you’re now in the minority of people who say they’re actually going to do it. And with the ever-increasing change of the publishing landscape, you’re thinking, “do I just publish this myself? Or do I go the traditional route and try to get an agent and publisher.”

And the answer to that question, my good person, is the latter of those 2 choices.

Now, some of you might know that I’m a self-published author (or indie if you’re so inclined). I love indie writing. Without it, I wouldn’t have published 2 successful books last year, Crimes Against Magic and Born of Hatred. I wouldn’t have gotten a contract with 47North, Amazon’s SF, fantasy and Horror imprint, and those first two books wouldn’t have been re-printed on 17th September.  Indie writing has been good to me. As it has to a lot of my friends.

So, yeah, you’re probably thinking I’ve either sold out or gone crazy. But here’s the thing, I tried to get an agent. Now, I didn’t self-publish just because I got a few dozen rejections, I self-published because for me it was the right thing to do. And that might well be the case for you. But if this is your first book, if this is your first time about to step into that rollercoaster world of publishing, I would suggest that you at least give the traditional way a go.

Rejection sucks, there’s no easy way to say it. Those form rejections are the worst thing on earth when it comes to trying to get an agent. They tell you nothing of use, except they didn’t like the book. Now, I understand why agents do it, if they didn’t they’d spend all day just typing out, “I didn’t like your book because…” letters, but they still suck.

Occasionally you’ll get something other than a form letter, something telling you about why they didn’t pick your book. And those letters are both incredibly crap and fantastic. You have feedback. And you can either ignore it or you can try to work with it. Your choice. But experiencing it, the highs of getting a reply and lows of it being rejection will prepare you for when you’re published.

When your book is finally out there, people are going to love it and hate it. There will be reviews, maybe even e-mails. You won’t agree with many of them, hell it’s your baby and they’re being mean about it, but you will need to get a thick skin and quickly. Rejections letters help here. Because no matter what the review, you’re published, you got past the guardians of publishing and went your own way.

Besides, if there’s one very good skill all writers hate and all writers need, it’s writing query letters and synopsis. And that’s something you’re going to get a lot of practice at.

So, give yourself 6 months, 12 months, whatever feels right, and try to get an agent. Hell, you could do manage to get an agent in that time and then you’ve got a whole new set of circumstances in front of you to deal with. But if you don’t try, you’ll always wonder ‘what if’ and you’ll never know that sting of a form rejection and the elation of picking yourself up, dusting yourself off, and doing it all again.

Steve McHugh lives in Southampton on the south coast of England with his wife and three young daughters. When not writing or spending time with his kids, he enjoys watching movies, reading books and comics, and playing video games. 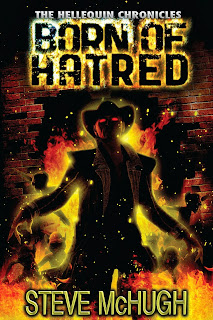 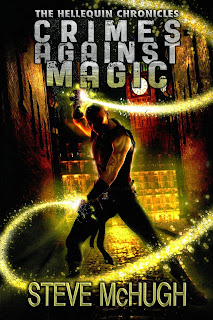